Let’s go back a bit. You pulled out of Shibuya in late July 2013 on a decades-long dream of residing in the low city, and settled in an upstairs flat near Kaminarimon.
Yes…
Finally you did it.

You appear to have an interest in observing life within a sort of walking radius of Tokyo’s first metro line, between Asakusa and Ueno (1927). 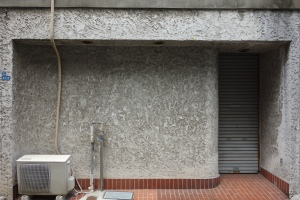 You want to go deeper, and to honour a reader’s curiosity. You want to question, to picture and to write; to post frequently on the enchanting, the ordinary and extraordinary, the odd and, even, the unsettling, the people, the diets, fashions, history and businesses…all of what makes up this multitudinous pocket — what that critic Soeda in the late 20s called this endless current, this human market — all of that about this bottomless great city where incidentally you were born, and where you wonder sometimes how things might have been had you also grown up here, and how it might have affected, among other things, your run-on sentences.

It looks like you will digress at times, that your train will stop at stations not on our map, but that’s enough for now, let’s go east, toward the river.