Just hold it right there, says the tall man in glasses and red apron. You know he has gone to get you something, even though you tried to wave him off, so you push the bicycle aside and flick down the stand. Can’t refuse these reflexive acts of kindness. Especially not on this public-holiday Gratitude for Labour Day. 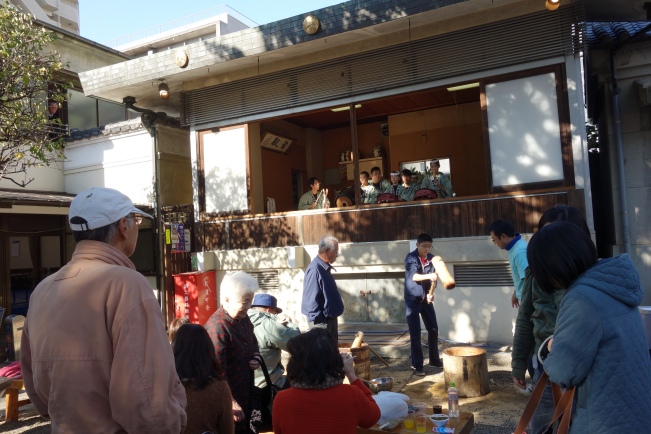 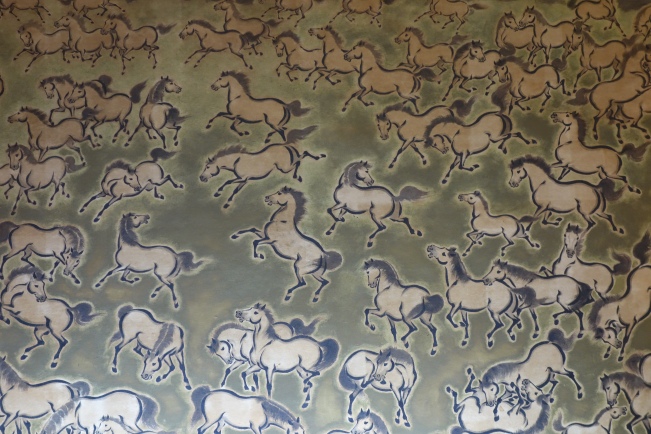 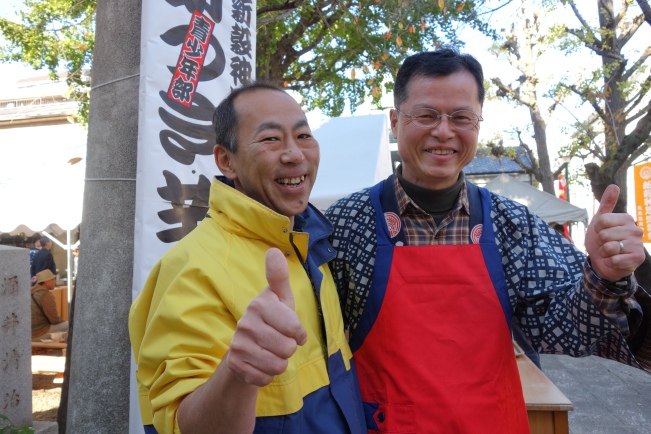 The little festival is in full swing, it’s this sound that pulled you down the sidestreet west toward Inaricho, as you bicycled up Kappabashi. Drums and flutes. Sometimes it’s hard to tell if distant drums and flutes are not perhaps coming from some lamppost-mounted loudspeakers, but these are the real thing, played by happi-coated kids in a raised, enclosed stage beside the shrine.

He’s back. It’s a big boiled potato! In a polystyrene tray, with a dab of margarine and chopsticks. Thank you! When you’ve eaten I’ll show you the horse shrine, he says. You eat watching the kids play and the boy pound sticky rice with a mallet to make mochi. 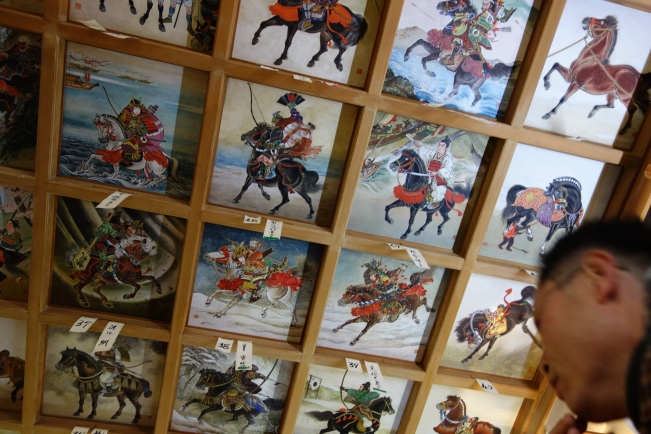 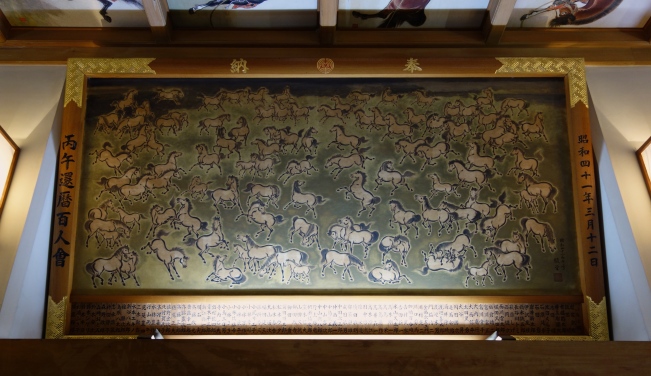 Inside the shrine is a clutter of horse ornaments, a mural-like painting of frolicking white horses, and a hundred pictures of samurai painted on the ceiling. You know Last Samurai, says the man, whose name is Ootaki, Tom Cruise? They studied these pictures before making the film. You ask how old they are. Oh not so old, he says. Maybe 80 years.

The shrine has been here a lot longer, if not many times rebuilt, since 1642. It’s dedicated to horses and archery. It’s named Yasaki Jinja, Arrowhead Shrine. Ootaki says the idea for it came from the San-juu-san-gendo temple hall in Kyoto that dates from the 13th century, famous for horseback and other archery – not to mention a thousand-armed Kannon.

You know Last Samurai, says the man, whose name is Ootaki, Tom Cruise? They studied these pictures before making the film

Outside you meet Toshio, in the yellow jacket. He speaks some English, and you sense he thinks he should, to you, though doing so appears to cause a little pain. You don’t want to pester him. He tells you, This is the Nii Name festival every November 23rd, to give thanks for rice. And to our earth here, and our people. We are proud of our children.

They look like good kids. A local couple with an infant dressed in sort of hip-hop gear send him over to offer you a mango-flavoured biscuit snack. As you leave, Ootaki is stacking up piles of noodles on the hotplate for yakisoba. Won’t you stay and have some, he says, but you know it’s time to move. 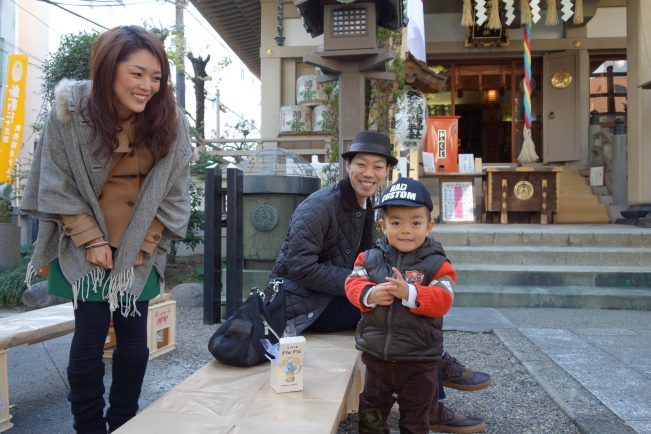 Down the street you meet a man walking a sleek and bossy-looking cat. The man says Fukutaro is seven years old. He won’t come back if I let him out without a leash, he says, with a laugh. 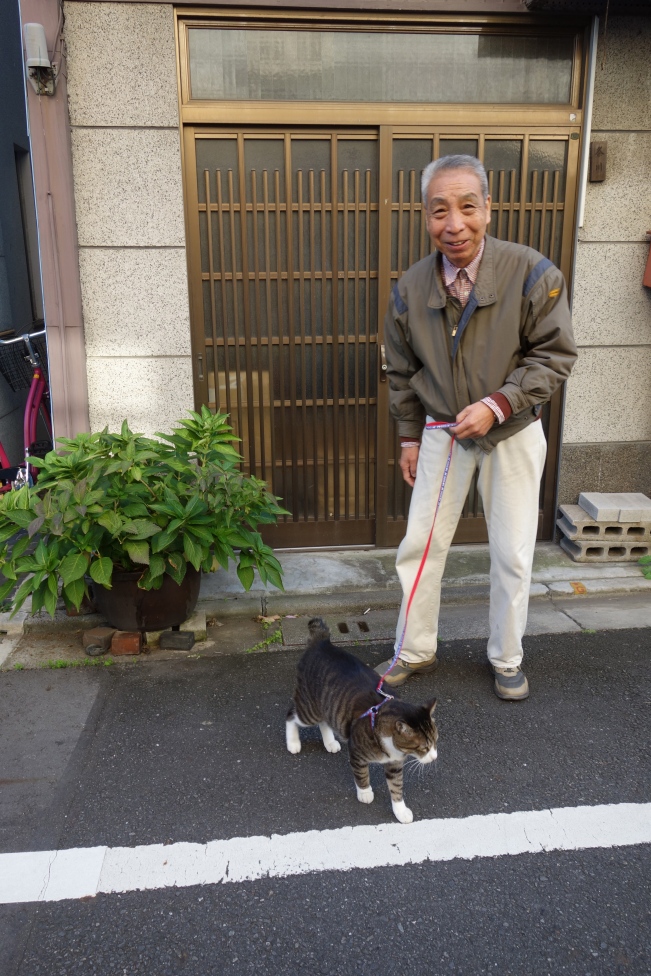