What a nice surprise. When you stopped by to say hello to Hayashi the seal-maker in Asakusa this afternoon, you find a new store has opened next door. That makes a change from places shutting down.

Called Chikyuugi, or something like Earth Technique, it came about when Masataka and Chie Kato decided to take their hobbies out of the home. They rented these two adjacent shopfronts. Masataka, whose regular job is restoring buildings, renovated them in an old Showa style. They opened at the end of last month. In the shop on the left they sell antiques including crockery, curios, and hand-tinted Meiji- and early Showa-era postcards. There’s also some classic kimono and a range of bags and clothing Chie makes from vintage kimono fabric. You bought a mosaic Mt Fuji picture that most likely came out of a sento public bath. And a fire-damaged 1950s Japanese scale-model Ford.

The shop on the right is Masataka’s shed. He fixes classic bicycles and sells parts and other things. They open only on weekends. 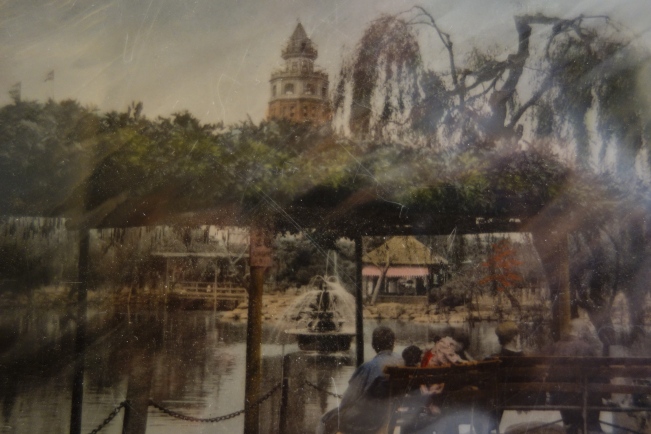 One Response to Kimono Sundays