Language is not such a barrier when you know what you’re doing and can say the basics, such as: OK. Tsai doesn’t speak much Japanese or English and you don’t speak Chinese. OK he says, to your gesture, leave the bicycle in front of my counter. OK, come in. OK, hot leek miso noodles. Kara miso negi ramen. His restaurant with the takeaway window onto this west Asakusa sidestreet has four stools, with one extra tucked in the corner. What’s this restaurant called? He leans out the window and looks at the sign, as if to confirm. He says, Ten Shin Ranman. It means something like, Glorious Dim Sum, or Luxuriant Zen Monk’s Early Morning Repast. 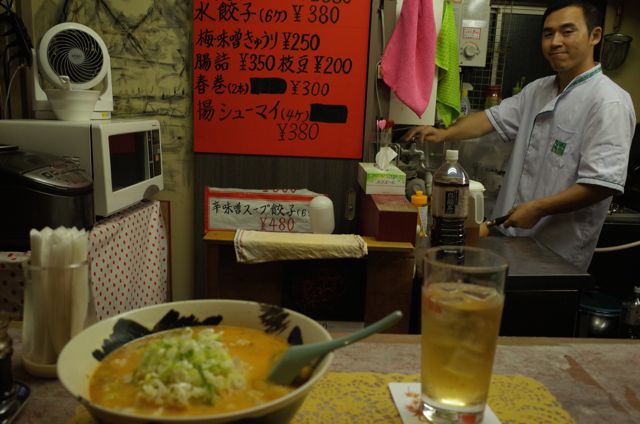 He pours you a big glass of free iced tea. A steamer puffs away heating gyoza and xiaolongbao dumplings. He pulls these from a freezer when it’s time to cook them.

Tsai is 32 years old from Chongqing, Szechuan Province, and has been here for two-and-a-half years. I make all this food, he says, pointing to the dumplings and other tidbits on the red cardboard menu. The owner is Japanese and runs another restaurant in Aoyama.

A man who seems in his 50s with a cotton hat, glasses and strong tanned working-man’s arms comes to the counter, orders fried gyoza and goes to park his bike. In a minute he’s back. He pulls up a stool and you say hello. Good gyoza here, he says. I live around the corner. You know, I used to set the rice cooker on, phone ahead here, and then come down and pick up my gyoza. But now they got rid of the phone!

He says, It’s a real hidden place. A hole-in-the-wall. Can you believe it? He shakes his head. A restaurant without a phone! Where you can’t book! Anyway I’ve lived here 25 years so I’m sort of a local. Take my picture? No thanks. I get my picture taken and before you know it, it’ll be all around the world. Hahaha. Best gyoza in Asakusa I’d say. Not that I’ve tried the real fancy places. Sure, they’re frozen, but that’s because he makes them then freezes them. It’s not frozen food.

Yep. Best gyoza in Asakusa. And a restaurant with no phone! Hehehe. Too small for an end-of-year party that’s for sure. But you know, if you came with two of you, it could be sort of romantic, maybe as if you’ve booked it out for yourselves. 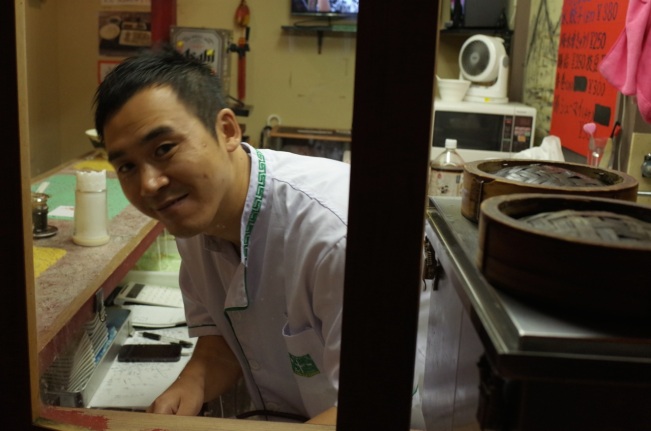 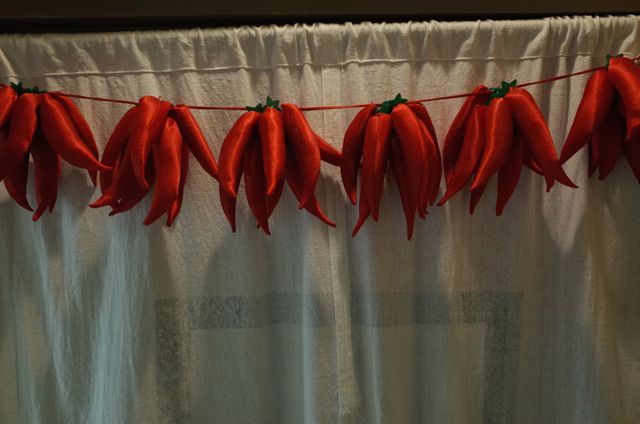