Muscling In (Watch This Space)

There are some upset locals at this neighbourhood “explanation” meeting hosted by the APA hotel group. Families have lived for generations around these narrow streets in Kaminarimon. But when APA has finished construction next year, they’ll live beside a 50-meter tall, 14-storey budget hotel. Some of their homes will be in shadow every hour of the day.

About 20 people, mostly elderly, have gathered in a conference room above the Asakusa tourist office. They want to know the company’s construction schedule. The APA man greets us. He distributes handouts of stapled documents. He is smooth-talking and youngish, with an air of sincerity.

APA is a peculiar hotel company. The president writes right-wing literature and places it in guest rooms. His books attack Chinese and Korean views on WWII. It’s a strange way to welcome foreign visitors.

The documents we receive are mostly technical drawings. A man from the architectural firm runs through them. You can see how APA has crammed as many cell-like rooms as possible onto each floor.

The APA man asks for questions. The session extends for two hours. Voices are raised. It’s good to see people getting angry about this disruption to their lives. Someone says about the document, We’re not really interested in how many rooms you can fit in.

One younger man who is with his wife talks about damage to his building due to demolition on the site. The APA man apologises and says he’ll look into it. An older man asks about the construction hours. There is a murmur of agreement. This seems to be what bothers everyone. The document is vague — it says work will proceed between 8AM and 6PM. But it also mentions situations that “may require” outside hours. It asks for residents’ understanding. It also says the workers will need time to prepare and clean up. But people don’t know if this time is included in the schedule or not.

The APA man is evasive. He says his company has not chosen the construction firm yet. That’s why he can’t give definite answers. The residents laugh incredulously. Construction is due to start in weeks! How can APA not know who its builders will be? But the APA man is comfortable in this assertion. Questions are evaded.

One of the residents speaks up. He is shaking. He says, How can we trust you! You can’t even give us a decent answer. The APA man says sorry again and that he’ll schedule another information evening, but he doesn’t know when it will be. People file out discontentedly. It all feels unfinished, unresolved. Except for the sense that, no matter what we say, the pile-driving is about to begin. 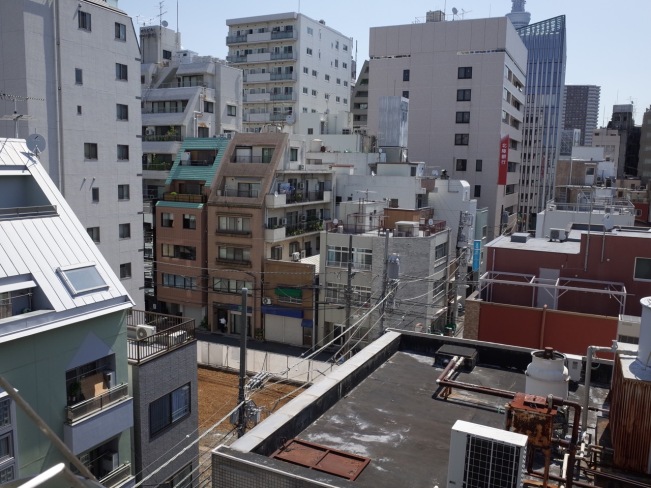 2 Responses to Muscling In (Watch This Space)