Golden Week means Mr and Mrs Hirata of Kuramae get to shut the handbag wholesale shop next door to Sol’s coffee, and enjoy lunch with their daughter Hana, a Ringling Bros. ice dancer based in the US. It’s a free-form occasion with snacks including fast-food spread across the table, and grandma and aunty, from around the corner, joining in. 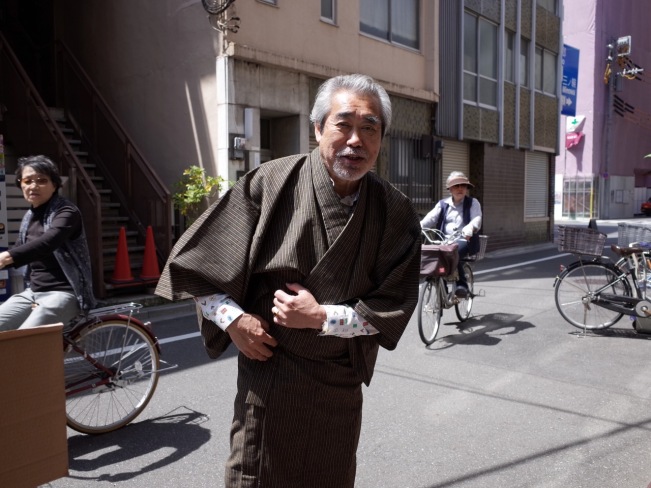 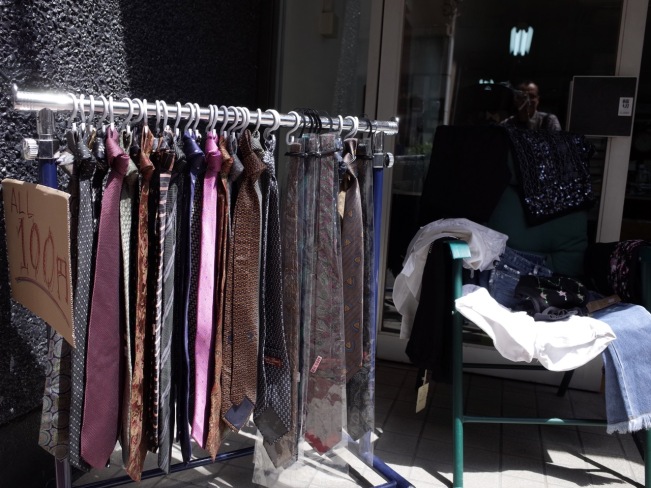 With Mr Hirata a born salesman, they make the most of the window and terrace to put out unneeded things. Just 100 yen each. Daughter Hana leaves the table to help you browse the rack of dad’s Italian silk ties, many new. Or a bolt of fabric, or a gold and blue kimono, that Mr Hirata will try on for you.

He tells you the family history, how the building and the one next door were owned by his in-laws who ran a Chinese restaurant on the corner. His own family were in beads and bags — later he shows you his younger self at the bottom right of the old family photo.

The attractions of beaded bags may have eluded you, but whatever you make of the taste, the craftsmanship is something. Every bead is attached by hand, with a bag selling for several thousand dollars. Hirata’s customers have included the likes of Princess Kiko and others in the Imperial Family.

He says the work used to be done at piece rates by workers at home in Tohoku, but better-paid jobs such as at supermarkets in the bigger cities have eliminated the labour pool. There are now just two women in Shizuoka making our beaded bags, he says. Making one bag takes a couple of months. Surely they can be done by computerised machines, you ask. No way, says Mr Hirata. For one thing, they can’t choose colours like people can.

Another premium bag has a mesh-like fabric woven in Kyoto and a gem-encrusted frame.

But the company’s mainstay is cheaper items mostly made in China. We’ve had relations with manufacturers there for decades, says Mr Hirata, so everything is good.

Japanese craftsmanship alone won’t keep a business like his afloat anymore. But you take hope from his friendly family touch and intricate ties, like the beads on his bags. 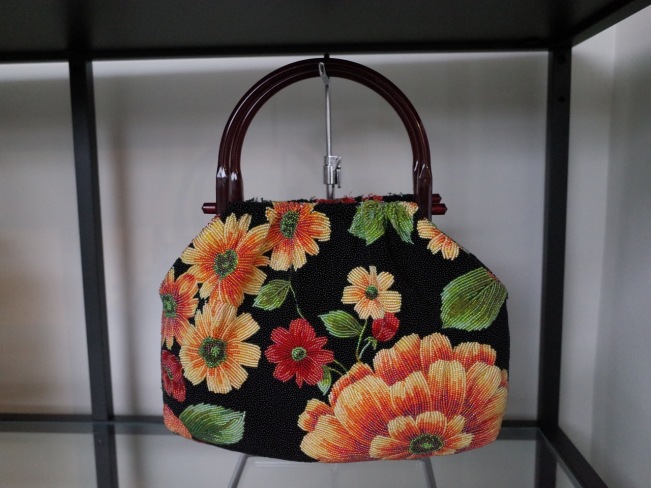