The aisle at this used-books shop in the former redlight area of Hatonomachi separates more than the shelves; on the right are titles on nationalism and on the left are socialism and freedom. Owner Shigefumi Inaba coined the name, Usami-do, literally Right Left Look Store, to cater to everyone. Of course, left and right are reversed when you turn around on your way out. 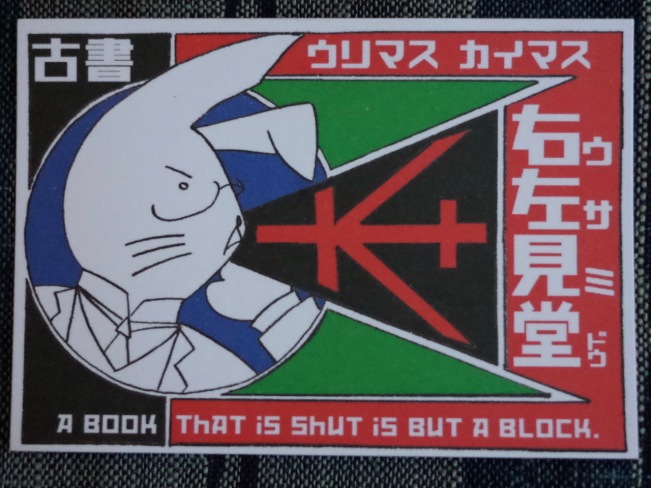 He says he’s not political, and you could probably browse more fruitfully through his art, fiction, local geography and photography.

Curating a used book store is a skill, as much about what you don’t stock, and Inaba is learning. I’m not a member of the dealers association, he says. So I don’t go to their weekly market. He relies on buying from the public, and is getting better at rejecting books he doesn’t want.

The neighbourhood has its own taste. Nearby Tamanoi was the setting for Nagai Kafu’s pre-war brothel love story, Strange Tale from East of the River. The district is now called Higashi Mukojima. Inaba says, I always liked Kafu but I didn’t know Tamanoi was right here until after I moved in, so suddenly I felt he had called me. 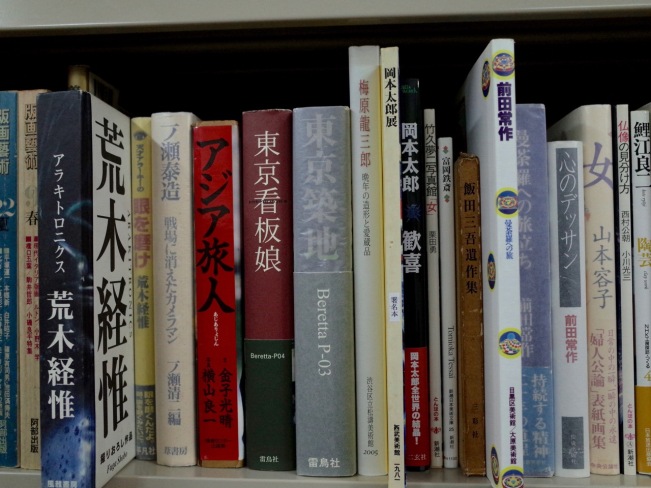 He has been open nearly two years. He signed on for a town revival project, getting the building rent-free for the first year of his three-year lease. Foot traffic is slow. He says, You know one of the big problems is Sumida Ward has no university. So I get quirky old fellows, some intellectuals, but not many students who need cheap books.

While we are talking, he turns away a gruff man who comes in looking for the question sheet for a driver’s licence.

He closes Tuesdays and Thursdays, or other days when he has to check out possible stock. It’s not an easy business and as he’s getting married next year it’s a good thing his fiancee, who already helps him out a couple of days a week, knows what page she’s turning.