For Whom the Bell Tolls

On a normal day Kanegafuchi’s prospects look bleak. Stores stand shuttered down the long straight shopping street. The two-lane thoroughfare crosses a sort of isthmus west-to-east, above Asakusa, almost connecting the rivers Sumida and Arakawa. The direct morning and evening sun have hammered the buildings and awnings, fading the paint and fabric. Some of the stores have an otherworldly air. An ancient Marilyn Monroe poster for Kodak film adorns a bakery. A boxing gym opens directly onto the pavement. As you pass, two youngsters are going at it in the ring, wearing red and blue headgear.

The September samba carnival on Respect for the Aged Day is not very well known or international. The mascot character is a slightly disturbing girl figure in a red gingham dress, wearing a golden bell for a head. Chances are, few people know her. She is called Kana-bell (ie, “carnival”), which also comes from the curious name of Kanegafuchi. 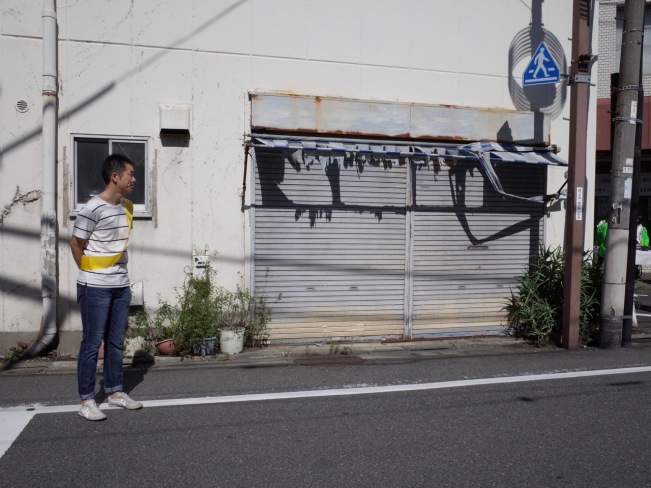 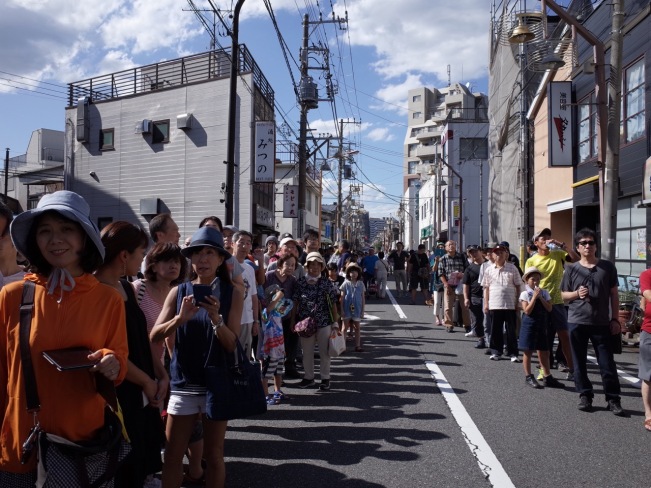 The parade is nothing like Asakusa’s samba event in August, a corporate-sponsored shindig that has grown since its start in 1981 to bring in Brazilian dancers among the 30 or 40 teams, and a half-million visitors.

At Kanegafuchi it’s about community. If the past was prosperous, the present is about getting by. People gather cheerfully along the somewhat forlorn parade route. Caregivers wheel out old people and assist the mentally or physically disabled.

It starts from around noon. Loudspeakers announce the road will close for a couple of hours. Diligent volunteers in yellow sashes tell bemused locals to get off and walk their bikes.

The announcer outlines the programme: we will see two teams, the fourth- and first place-getters from the Asakusa carnival. That’s nothing to sneer at. They will be pros. As the music and dancing erupt, powerful speaker systems on wheels bring up the rear as the members plunge into their precision drills, their thundering drums and roaring voices becoming like a joyous wave to lift their sweat and spangles above the 32-degree heat.

The name “Kanegafuchi” can be translated as “bell abyss.” Mikhail Uspensky in his book Hiroshige says a bell cast in 1735 was being transported across the Sumida from the Choshoji monastery to Hashiba, when the boat overturned and the bell sank. “All attempts to raise it proved futile,” he says, “and the spot became known as ‘the Bell Deep.’” A woodblock print shows a raftsmen floating with his back toward us on a rich blue surface punctuated with reeds. The scene is peaceful enough, but a little marshy and foreboding. 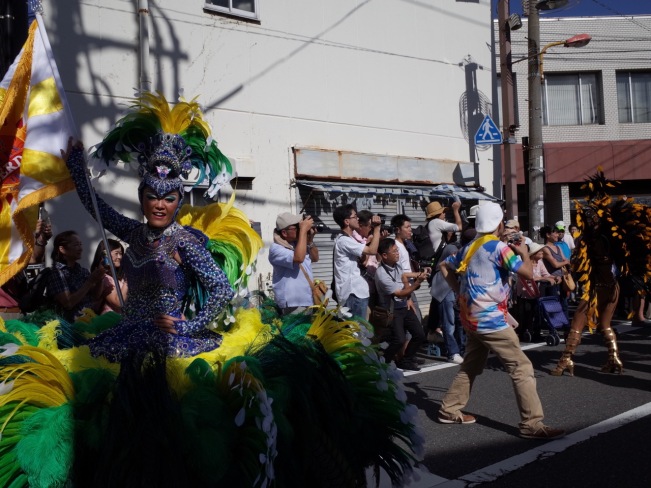 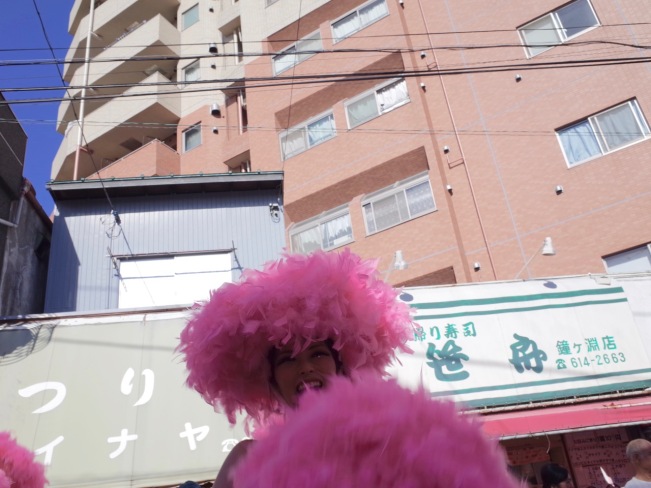 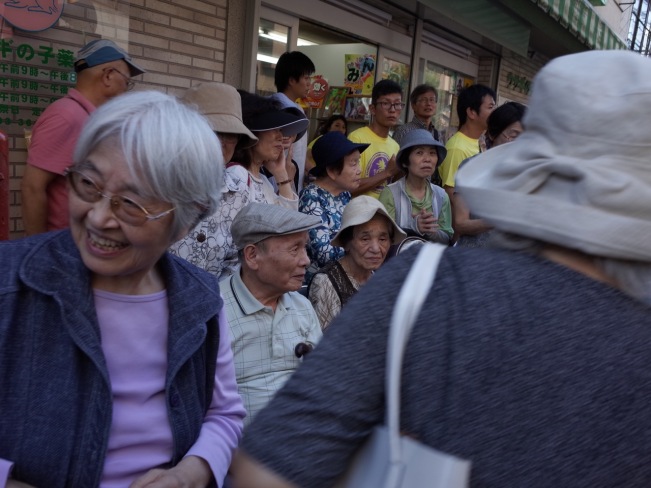 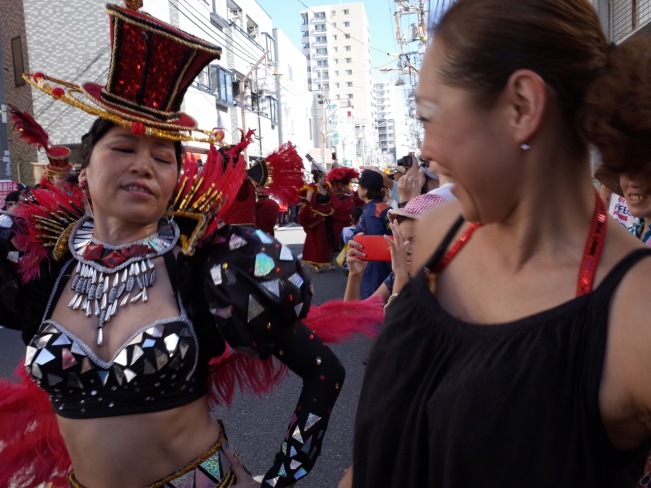 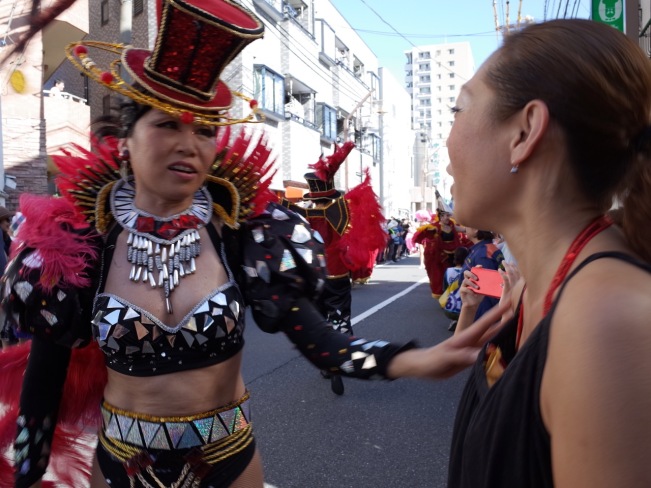 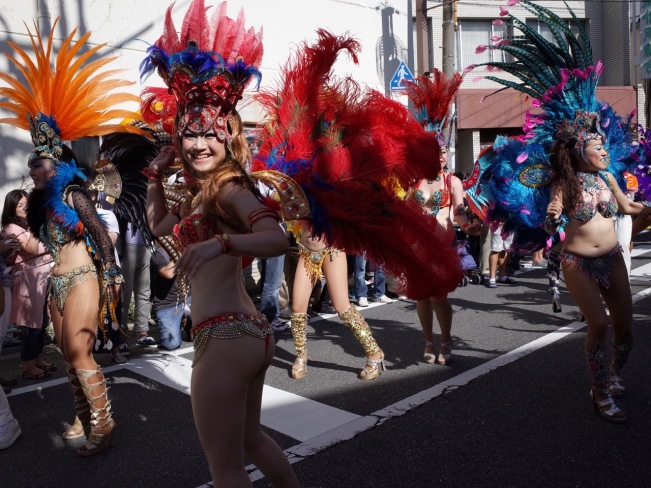 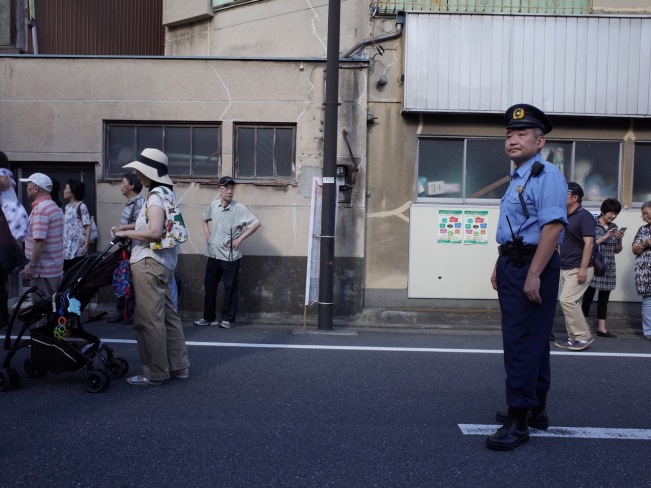 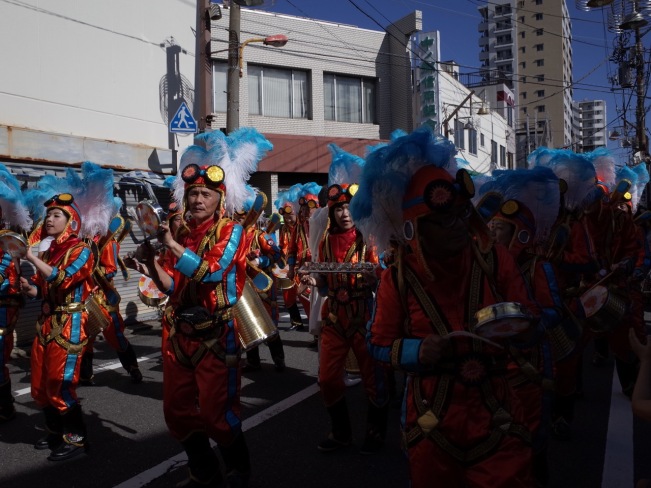 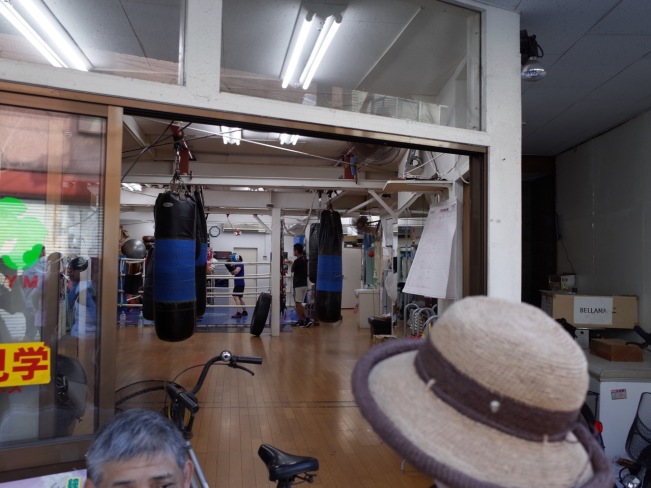 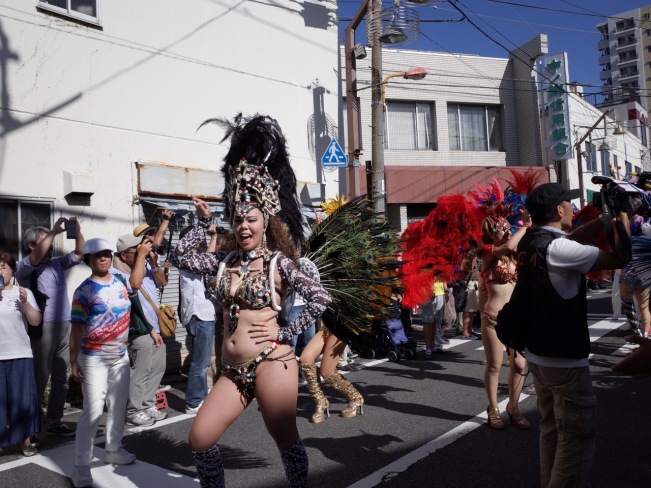 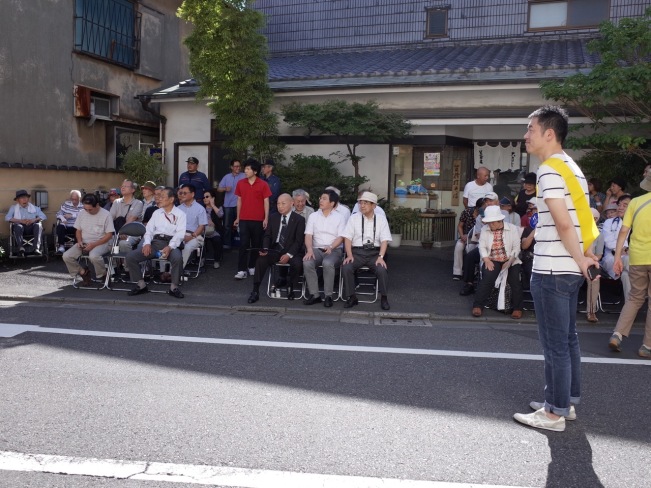 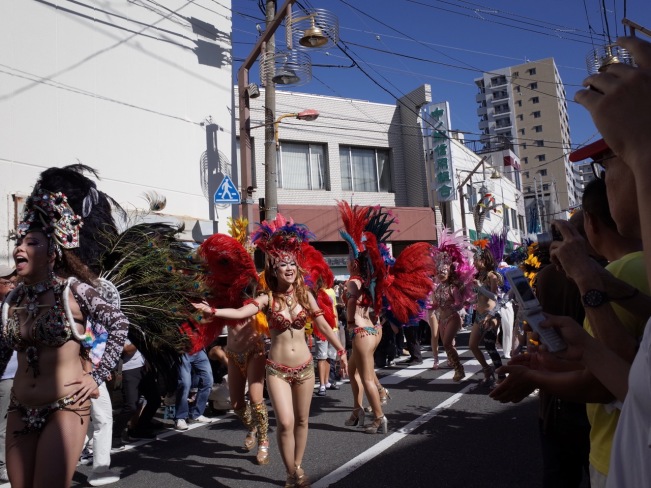 3 Responses to For Whom the Bell Tolls