I slept a few times in front of these air-conditioning ducts near the top of Rambling Street in Shibuya, when the faded but somewhat majestic Hotel Kowa stood on this spot. I can still see inside our room, above the yellow elbow of the backhoe, though of course that’s my imagination and no one could have seen it, much less into it, just as no one could use the balconies or open the windows.

For further discretion the Kowa had two entrances, the main one at the end of a pebbled path, and another off the sidestreet to the left. We amused ourselves occasionally by leaving through separate doors, and meeting up outside.

Arriving at the Kowa always felt like a holiday. The street frontage was Edo-style, screened by a low castle-type wall and a small grove of trees. The upper storeys combined 1970s Italianate verandahs with drab Showa tiles. The lobby was dark and cool with a carp pond and bubbling water. You booked a room by pressing a button on an illuminated photo screen. The reception desk was behind a low window to the right. A raspy old woman whose face stayed out of view took the payment and wrote a receipt, with times in and due-out.

Once she told me as she handed over the key, Make sure you take her with you, don’t go without your friend. I’m not sure what she meant by this, and much later, after we had dressed and were headed down in the lift, I told my friend about it, and as she was the sort who likes to push back, she scoffed and said if only she had known, she would have stayed up there, just to piss the old lady off.

Most of the hotel was Western style but the best room was Japanese; it had an entrance hall in black stone and honey coloured timber and smelled of tatami; there was a tatami floored lounge-room with a tokonoma alcove and solid low coffee table, and another tatami room beyond shoji screens. A paper floor lamp gave off a yellow glow. The hotel provided yukata, light kimono, even for a short stay, and there were crisp sheets on thick futons and a large hinoki wood bath. The carpentry and materials were of a high standard, not something you see much of these days.

Then one day I walked up Rambling Street, and it was gone. The heavy equipment had moved in. It seems like almost a year ago, and when I came past the other day not much had changed. So for as long as it’s this empty space I can play a mind-game, that behind the construction hoarding something is emerging, not being torn down, and it is the Hotel Kowa again, and the things that happened here. 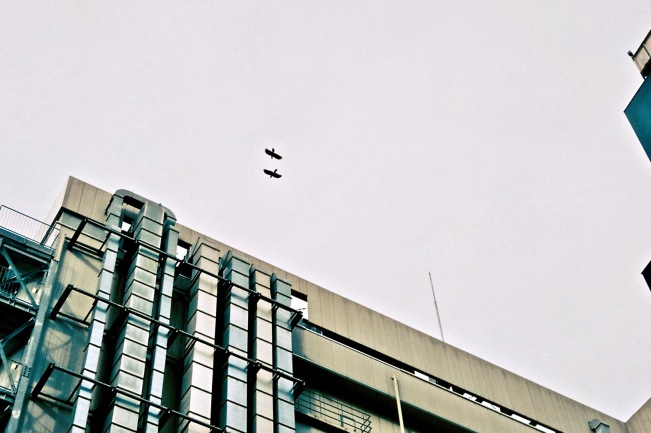 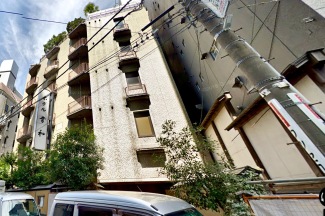