Some viewers wanted more of the rare circa 1960s movie mementoes brought down to Asakusa last month by the sparkly child of the century-old Motomiya Movie Theatre in Fukushima, Yuko Tamura. She said, Sure, this’s what dad got up to at home, to promote his movies. He’d sit at the table with scissors and glue and some horny magazines, cutting out the women and pasting up these fliers. It didn’t matter if the women were actually in the movies. He added the lettering and other elements, then took the paste-ups to the local printer who did them in two colours and had them inserted into the newspapers for home delivery. 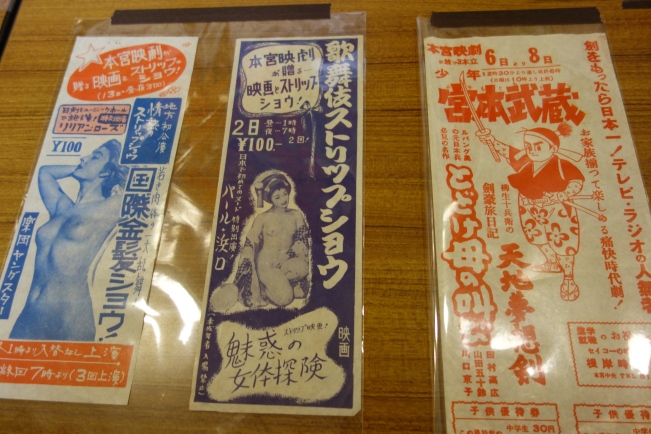 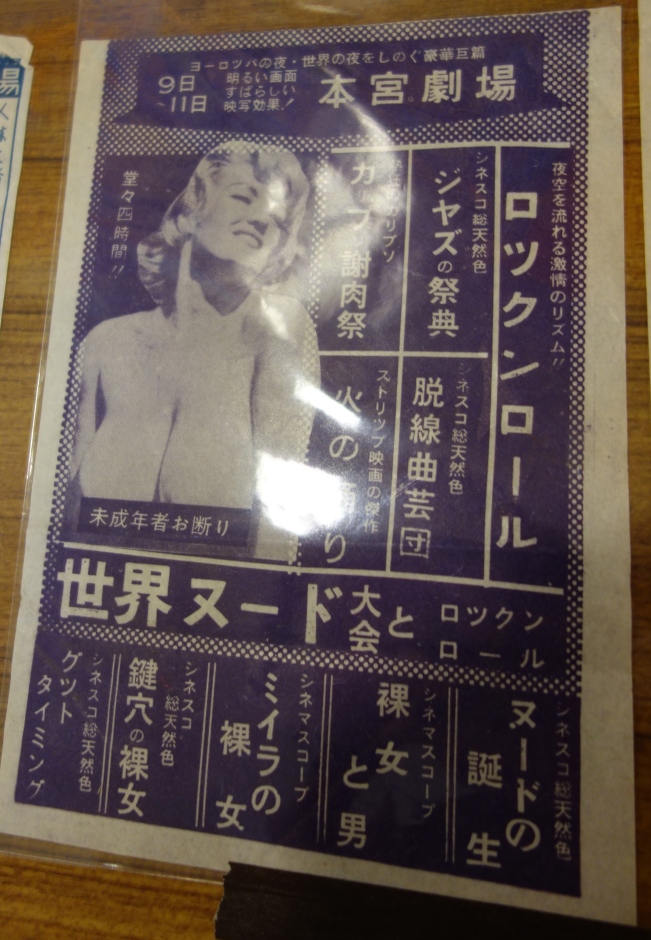 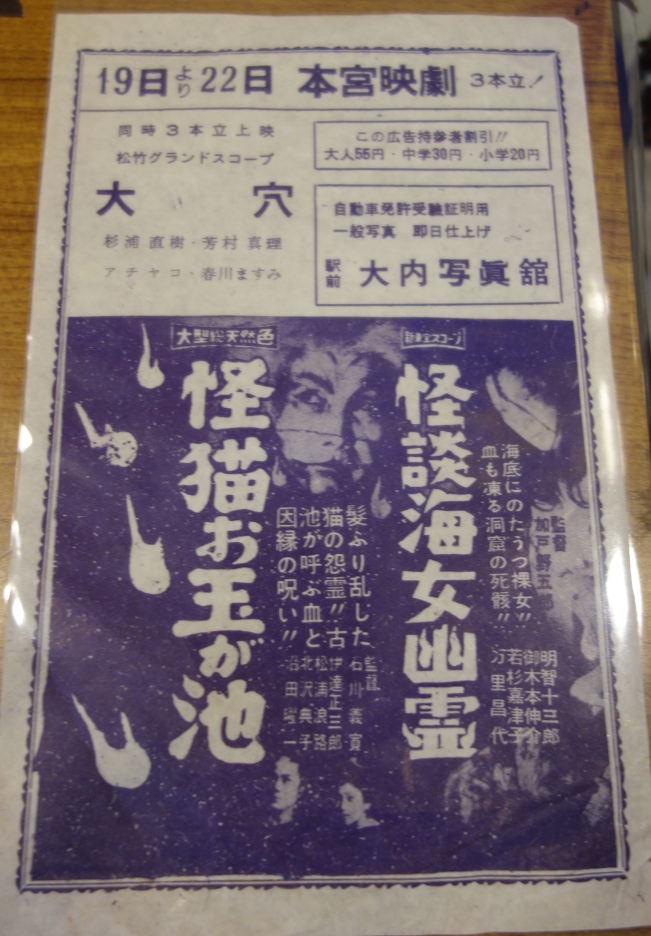 Yuko says, The names on the posters are exactly the same as the super-famous artists, except they might have a different honorific after them, or are preceded by the characters for Replay or New. Pretty much everyone knows it’s a scam, but if you’re not worldly, you might believe a real nationwide celebrity is playing, albeit for an unimaginably cheap ticket price. And even if you’re alert to it, you might go anyway, because you’re curious – or because up there in the sticks, there’s nothing else to do! 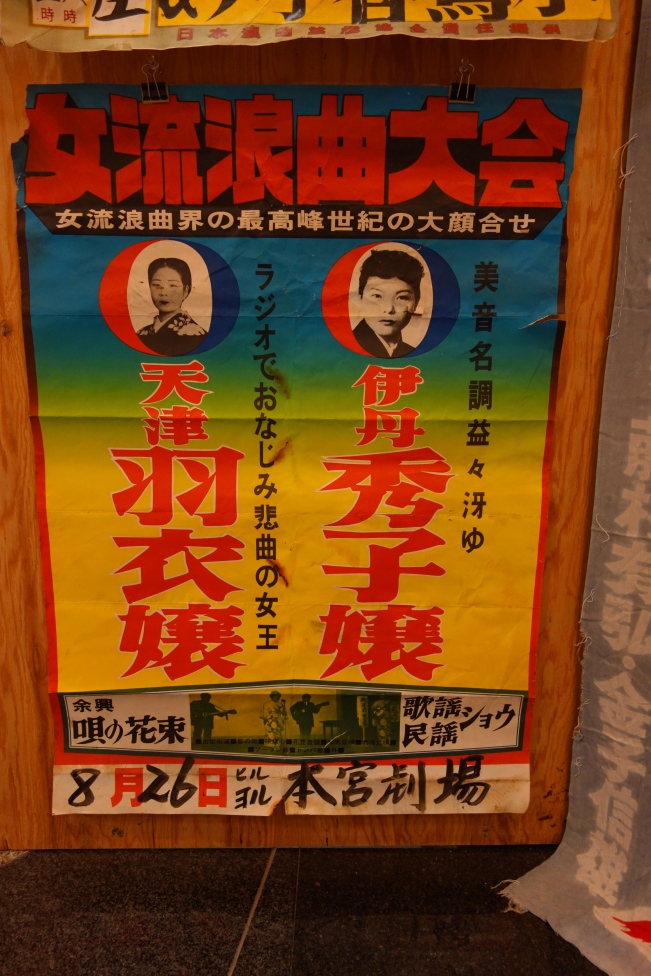 Other posters include a geisha-themed strip show, and a sci-fi space adventure starring swashbuckling Ken Utsui in tights, rescuing a maiden. 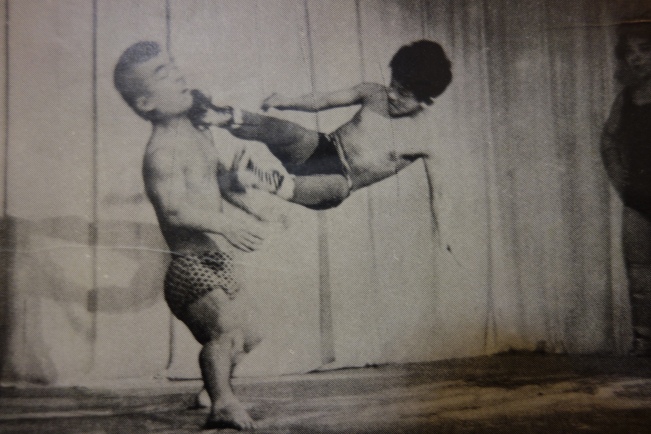 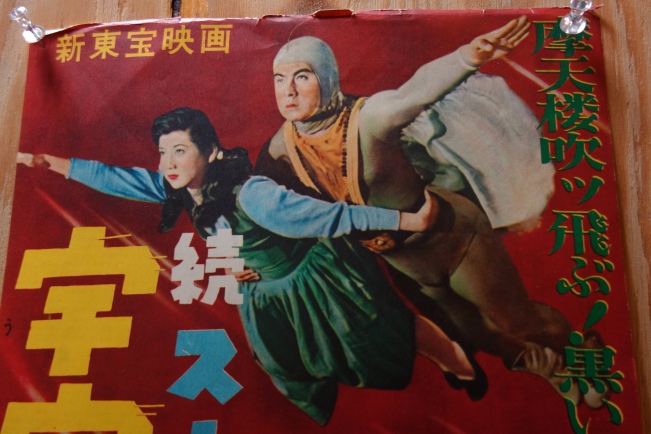