Ken Hatsumi (above) was already a confirmed addict when he got the call from Shintaro Takagi.

Some years previously Ken had taken his bride on their honeymoon to New Delhi. Curry had entered his blood. 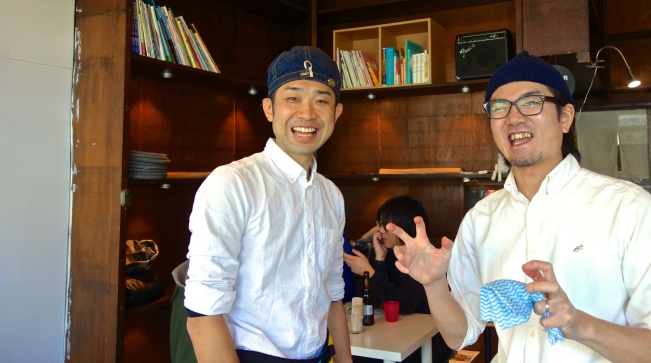 The two young men were schoolmates from Adachi-ku High, upriver from Asakusa. Now they had regular day jobs, Ken at an interior design company, Shintaro in graphics.

Shintaro had always liked cooking and came to curry one day in midsummer when he generated an original chicken version from scratch, grinding the spices. I failed, he says. I put in too much chilli. But after I made it and started eating my spoon wouldn’t stop. 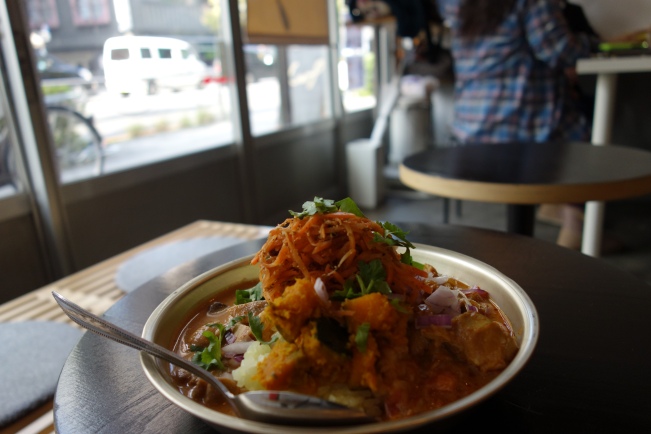 They started feeding friends and family, testing recipes, but soon this was not enough to satisfy the addiction, which demanded a greater public. They formed the weekend curry unit they called Tokyo Masala Boys.

Their regular monthly venue since January 2013 has been the old sandal shop by the river in Asakusa, LWP (pronounced Loop). They call the event Curry Laboratory. They’ve also cooked elsewhere. Shintaro reckons they’ve served about 650 people. Preparations take the entire previous day, he says. It’s worth it when I think of customers’ faces.

Chicken curry remains the standard, but others include fish, prawn, mutton, chickpea, and mushrooms. Shintaro says the most challenging has been oyster. It was very difficult controlling the water content, he says. We also minced them and used them as paste.

There’s no oyster curry for lunch at LWP this coming Sunday, February 16, but this Curry Laboratory will be a landmark event, because it’s the last to be held here. Shintaro says the menu will feature curries of chicken, mutton, vegetable, and a saag paneer.

You will make this Sunday spice Sunday, and feed the animal inside you. 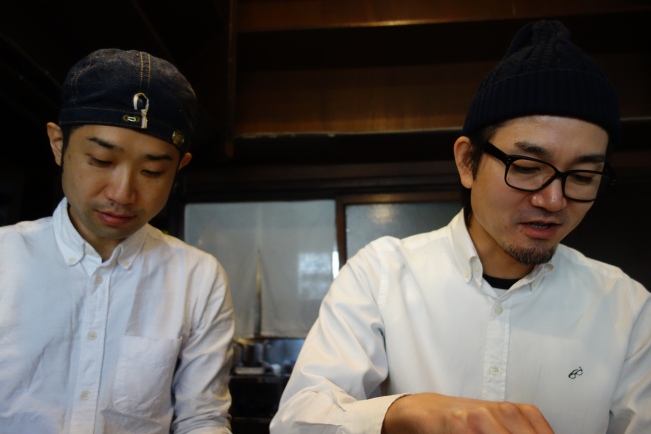 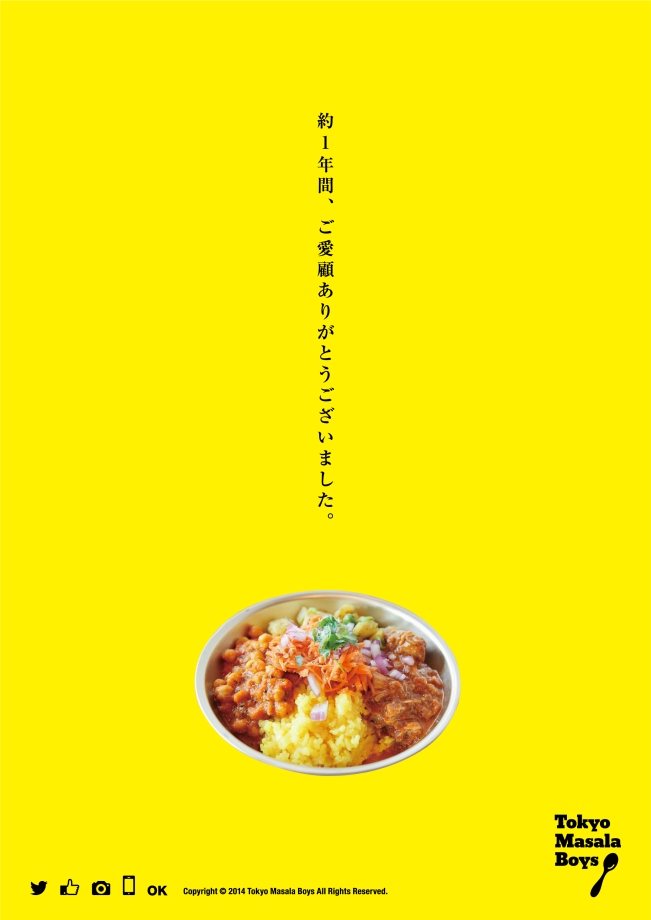