Dusk fades fast with this change of season. Two women chat on the street ahead of you outside a glowing shopfront, next door to a heavy office block. The woman in the apron appears to live at the shop. You look in as you pass.

Sembei, she tells you. Rice crackers. A middle-age man in a white T-shirt is closing up. He looks at you quizzically. He may wonder what you’re staring at. You ask, Can I buy some? He laughs. Of course. We are still open. 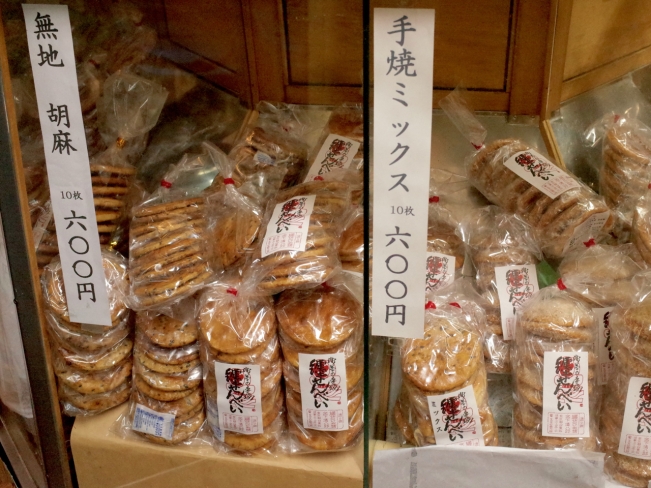 He tells you what they’ve got. There are black nori-wrapped ones; hadaka, or naked ones; and double shoyu — soy sauce — ones. And sesame ones. They are individually packed and about the size of a child’s palm.

The man bakes and seasons them in-store from translucent blanks of rice starch. He shows you the charcoal oven at the front, and the gas one behind. The shop extends back in the traditional way to a living area, where a young woman sits at a table on the floor.

The man is the older woman’s son, Akira Miyashita. His father toasted sembei here for 60 years until he died four years ago at the age of 83. The shop used to trade under the family name, Miyashita Shoten. Then one of their neighbours, an oil painter, said they should call it Matoi. A matoi is a white flag on a tall pole, once erected by firefighters near a blazing building to show other firefighters that they are there. It is a shitamachi emblem. 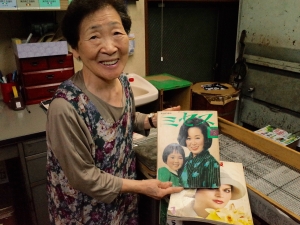 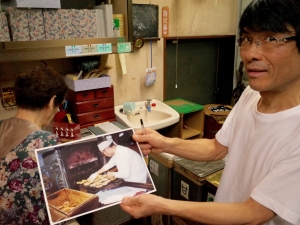 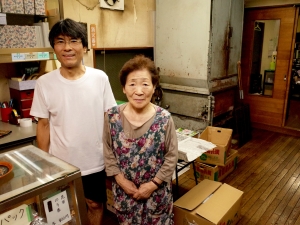 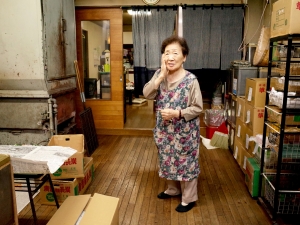 The store did very well in the the 1970s thanks to articles in women’s magazines such as Misses and Kateigaho. Mrs Miyashita pulls them out for you and cackles at how silly it is to keep old magazines, though you can tell she is proud. And also of the picture of Papa.

Heavy rain starts falling outside. She asks if you have an umbrella and when you tell her you don’t, she finds one for you by asking her granddaughter, and insists you don’t have to return it.

The sembei is not overly seasoned, and very crisp. 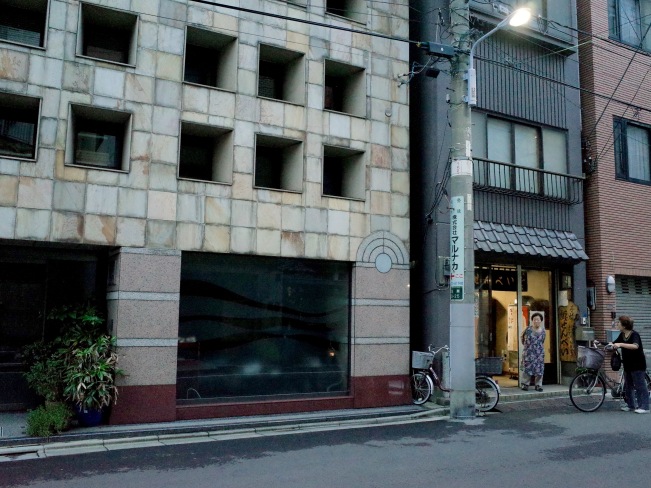 6 Responses to Crackle and Pop