Lord of the Fry

Will you eat it here? asks Yasuaki Kondo. He hovers his bottle of Bulldog sauce over your aji-fry, crumbed yellowtail cutlet. A whole small butterflied fish – 200 yen at the stall outside his restaurant. He drizzles the thick sauce in a spiral and hands you a pair of chopsticks. He knows this is good. You eat while you are standing. 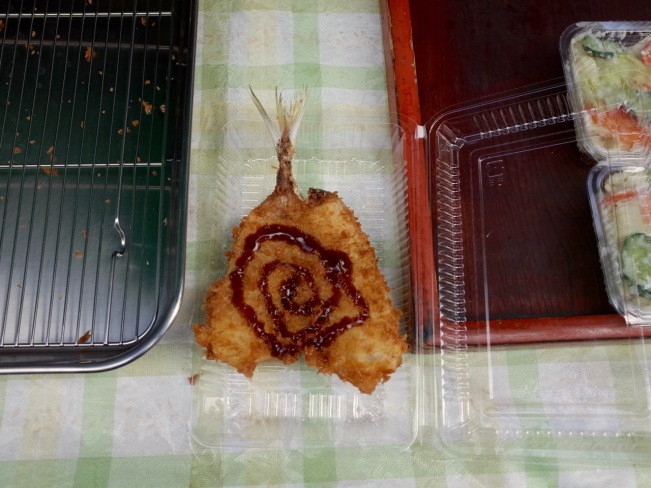 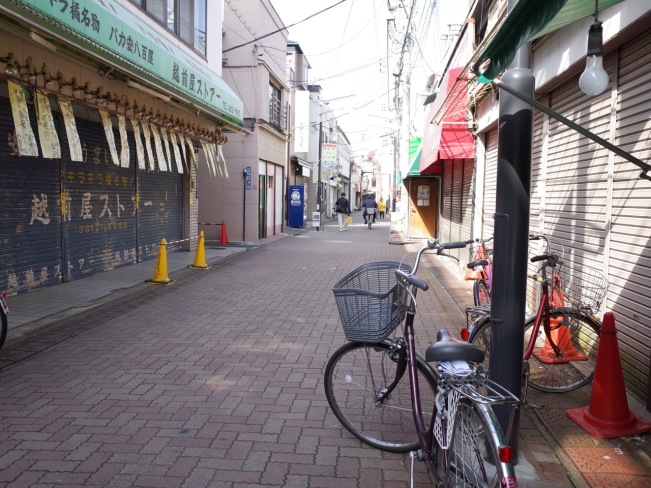 Midway along the shopping street, Kondo’s soba-noodle diner Gofukuya is one of the only stores operating. On today’s public holiday you’d expect some stores to be shuttered. But not so many. The Kyojima neighbourhood east of the Sumida seems to be just holding out.

Kondo’s father opened here 80 years ago. When I was a kid, you couldn’t wheel a bicycle through, says Kondo, it was that crowded.

You’re expecting the fish to deliver a greasy tidal wave of comfort-food calories but it is extremely good. The spiky panko breadcrumbs crunch lightly and dissolve with every bite. The fish is juicy.

Kondo says he uses fresh oil. Before that, sprinkle with sake, salt, pepper and Ajinomoto. That’s all. Obviously there are decades of experience in his timing. He sells about 40 a day, along with skewered pork and onions, and another downtown favourite, deep-fried triangles of hanpen fish paste stuffed with cheese slices.

The activity brings out a one-eyed ginger cat. He seems to own the place. He’s tame, says Kondo. You can pat him. 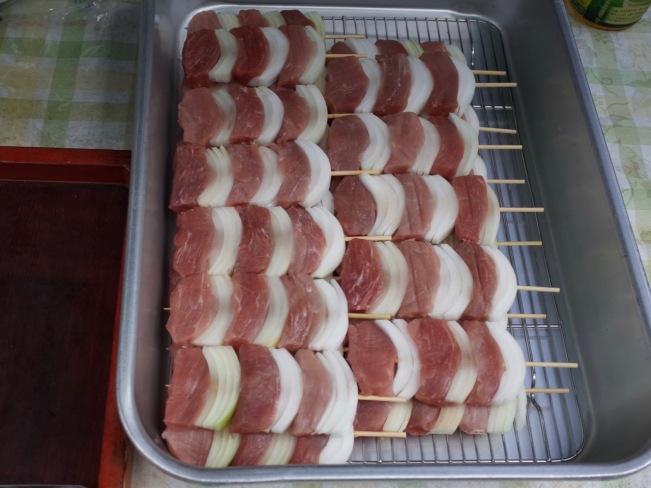 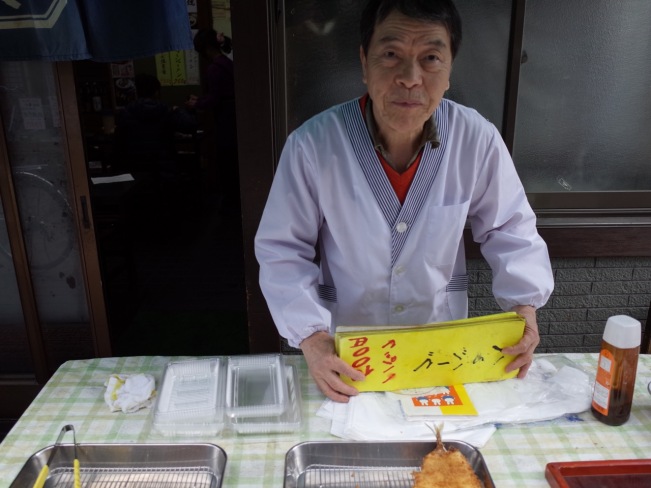