A young woman stands watching a carpenter in a white headscarf maneuver his small truck outside a clay-coloured mortar and corrugated tin structure. The curious building here in Kyojima, east of the Sumida River, has Roman-style columns and looks like it may have been a bank, perhaps from the 1920s, the early-Showa period. Somehow it seems to have survived the Great Kanto Earthquake and wartime US bombing.

It is now a share-house, says the woman, when she realises you are interested. Ask him about it, she says, indicating the carpenter. He is the owner.

Michiya Nakanishi gets out of his truck to talk to you. He shows you inside his garage, full of building materials. After he bought the place, they dubbed it “Bunka Kaikan”. The name is a pun on “cultural institute”, because the district has a similar sounding name. It was previously a disused soba noodle shop. Nakanishi turned it into accommodation and a storage depot for his work.

If people live in these old buildings, developers can’t tear them down.

He wants to re-energise the Kyojima area. I want to see bars and things to do around here, and have young people think it’s a good place to come. If people live in these old buildings, developers can’t tear them down.

Many of his projects combine renovation and preservation. He shows you on his phone, pictures of converted lofts and farmhouse-type structures in locations as far apart as Nakano and Kobe, as well as nearby. He says, If you’re renovating for something like AirBnB, you have to balance what foreign visitors want – usually traditional – and the modern stuff Japanese like.

He and his partner Ayako live in another low-city district around Sendagi. She runs a cafe there on weekends, whose name translates as Reptile and Amphibian Research Unit No. 8.

It’s refreshing to meet this young couple who have ambition for a fading area. As you say goodbye they point you to further spots around Bunka and Kyojima, places you will find other odd-shaped buildings, narrow alleys and remnants of lifestyles, since you seem to like that sort of thing. 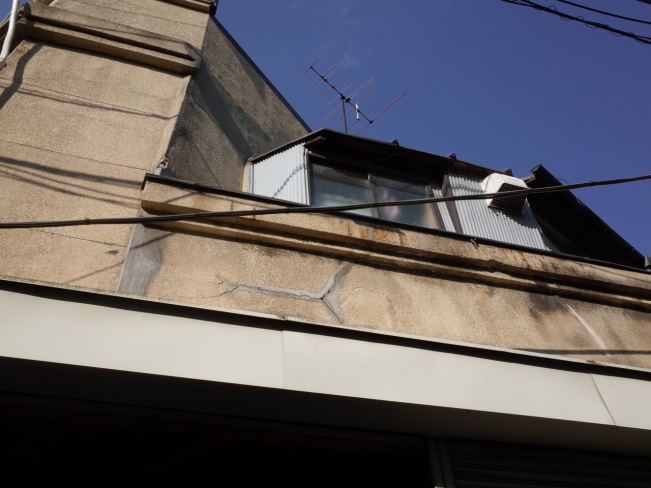 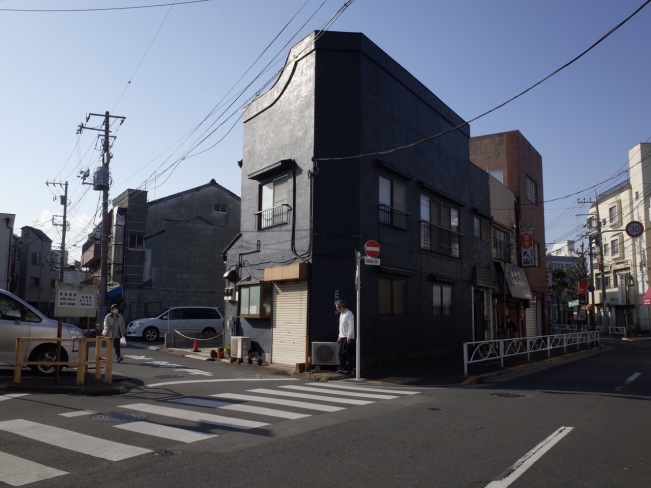