They’ve pulled the plug at Asakusa Kannon Onsen bathhouse, the Waters of the Goddess of Mercy. You might hope with a name like that, this fountain of youth could live forever. But the truth is, it was long circling the drain, with broken glass bricks, dripping water and crumbling concrete. 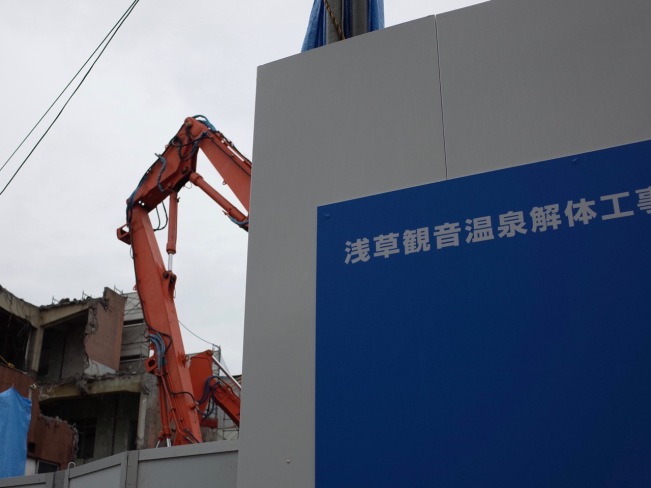 The cloudy spring water and general neglect gave it what one city guide called a patina of dirt; it was a place locals steered clear of. For sure, the taciturn man at the counter, when he felt like opening at all in the last couple of years, didn’t seem to care.

Its 1950s aura will be missed, the mermaids no longer calling from under their brown coating of sediment, behind the building’s thick veil of ivy. Like a small hole in the universe between Sensoji Temple and the amusement park. 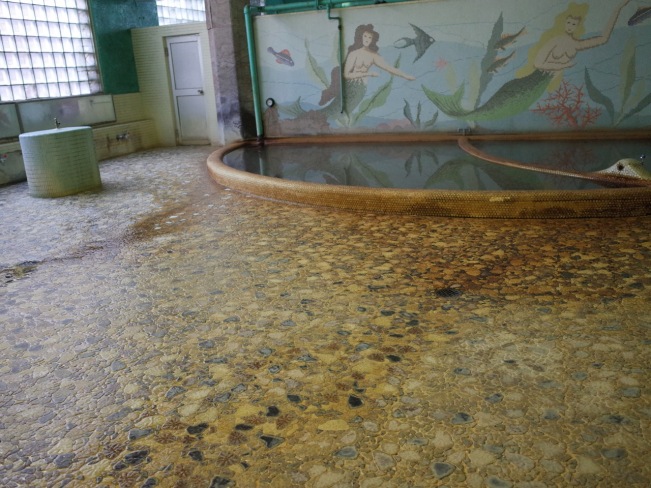 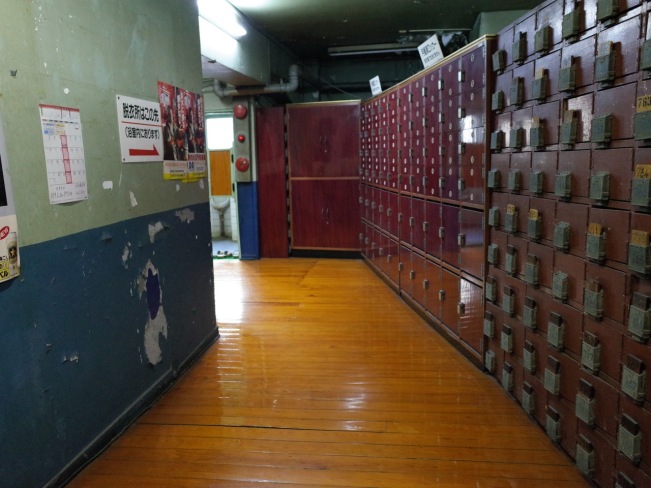 One great thing about damaged hulks like this: at least soulless modern monoliths can’t occupy the same space. But Kannon Onsen was past saving. It’s no surprise now the security guard says a hotel is going up here.

Did he know the place? The mosaics? I came here when I was 10, he says. We came down from Niigata. I don’t remember much. He seems to like the way the orange demolition machines are going about their work. One is like a bird, he says with arm gestures. It digs and digs. The other has pincers and grabs and twists stuff, like a crab! 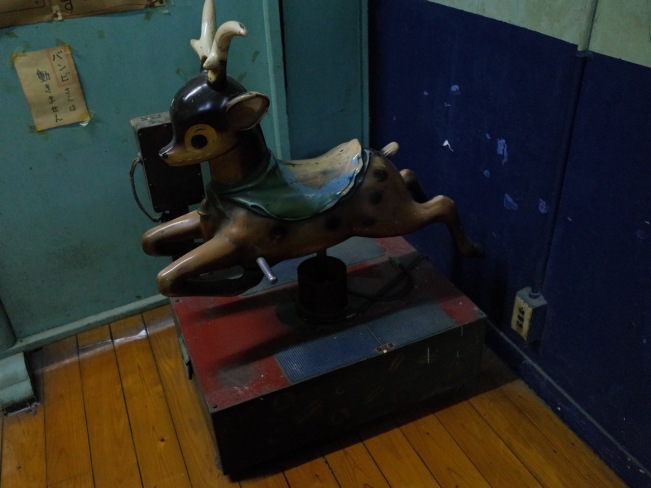 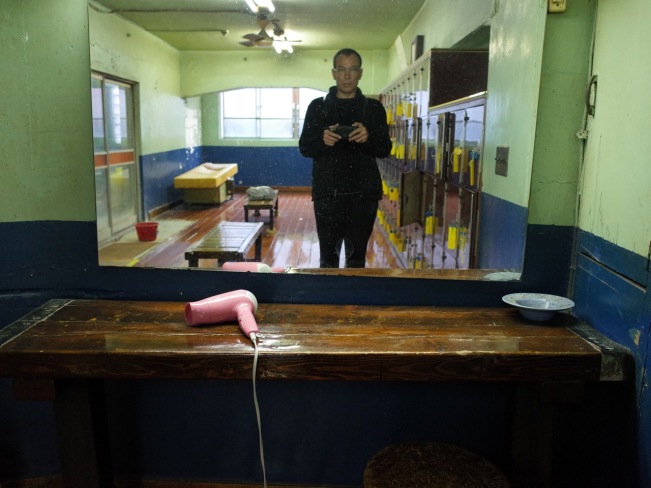 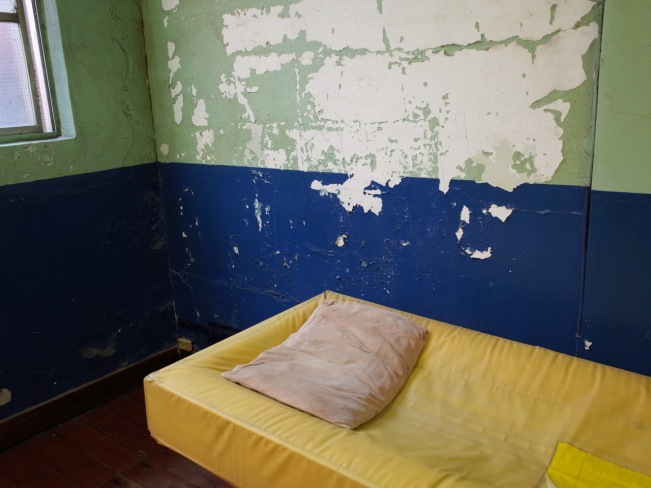 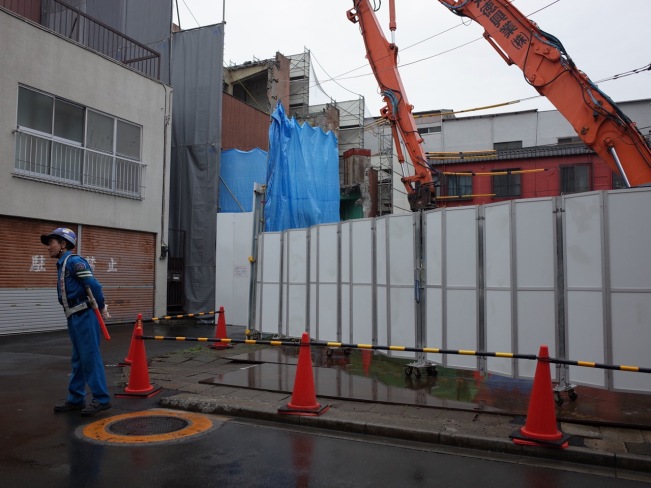 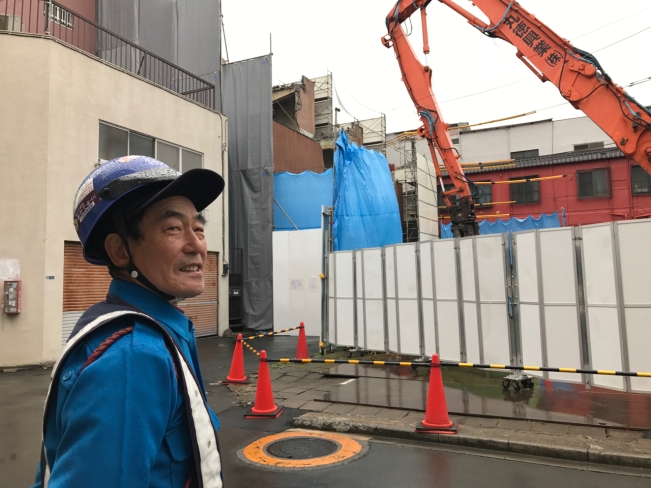